You may have recently seen this yellow flower popping up around our neighborhood. With shiny heart-shaped leaves and bright yellow flowers, it can be a real eye catcher. But don’t let its looks deceive you. It is called Lesser Celandine and it is a highly invasive plant.

Like other invasive species, Lesser Celandine (Ficaria verna) is an aggressive plant that can easily crowd out other plants and quickly take over large areas. How? First off, it emerges earlier in the season—in the winter or early spring—giving it a head start on other plants. It also can spread in more ways than the average flower. It has three ways, while most have only one or two. This allows it to grow rapidly and with little competition to create dense patches.

With these tricks, Lesser Celandine can take over lawns and gardens, smothering and killing other plants.But it doesn’t stop with gardens. When Lesser Celandine escapes from our yards into natural areas, the dense patches it creates displace the native plants. Unlike most other plants, Lesser Celandine dies back in the spring, leaving nothing but dirt for much of the year. This creates barren areas that are vulnerable to soil erosion, but also provide little food for pollinating insectsor habitat for wildlife.

We don’t have many plants in Portland that look like Lesser Celandine. It has shiny dark green leaves that are heart- or kidney-shaped. It has bright yellow symmetric flowers that usually have around eight petals (the number of petals can vary from 6 to 26) and a slightly darker center. Timing is also important, you’ll only see it growing in the winter and spring.

What can you do to help?

If you see Lesser Celandine in your yard, remove it as soon as possible. Once it gets established, it can be hard to rid a garden of Lesser Celandine, so it is best to remove it before it takes over. When digging it up take care since it can spread in three different ways. Like many plants it spreads by seed, but it also produces small bulblets under the leaves that can create new plants. Underground, it creates finger-like tubers that also sprout new plants.

When digging up Lesser Celandine make sure you remove the whole plant, including the underground tubers, but avoid putting it in the compost as composting doesn’t kill the bulbs. Instead, bag the plant and any contaminated soil and place it in the trash. Once you’ve tackled an area, it’s a good idea to check it each year to make sure it doesn’t return. 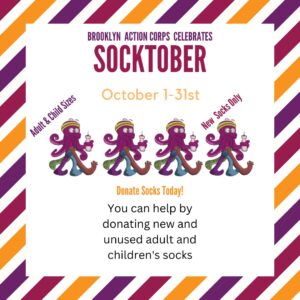